Domaine Airborne with a taste of history….

The oldest building at Domaine Airborne dates from the 16th century which gives the farm a rich history. It has always been known locally under the name “La Guidonnerie” and has been immortalized on maps commissioned by Napoleon. A map from 1810 shows the buildings from that period and mentions the farm at the location where we still can be found. In the middle of the 19th century, some major renovations took place, after which the current layout looks different from the map.

Shortly before the D-day landings, a few dozen German soldiers were billeted in the farm and the army horses they brought along made full use of the surrounding pastures. This changed rapidly when the first paratroopers landed in the vicinity of the farm on 6 June. One of the drop zones of the 101st Airborne Division of the US Army was nearby. After the scattered landings immediately skirmishes started and the residents took cover in a very large pit opposite the house. Due to the heavy fighting near the main road to UTAH beach it was clear that the main house was no longer suitable for use. After the liberation, a rigorous restoration was necessary.

Until the year 2000, the farm was used as a dairy farm. In that year a turn was made to the tourist industry. Several bed and breakfast rooms were opened and a former stable was converted into an auberge. In the year 2017 the “La Guiddonnerie” appeared under new management. Then the choice was made to accentuate WW2 history by opening a themed B&B accommodation. This does justice to the past in this area, to which many films and books are devoted. The number of rooms was expanded and the auberge was renamed a “mess hall”. In the various rooms, but also outside history is accentuated with authentic pieces. For a moment our guests imagine themselves back in time. With the receipt of more than 33 nationalities and the associated positive valuations, we are proud of the result.

With us you step into the middle of history, which we can tell you all about! 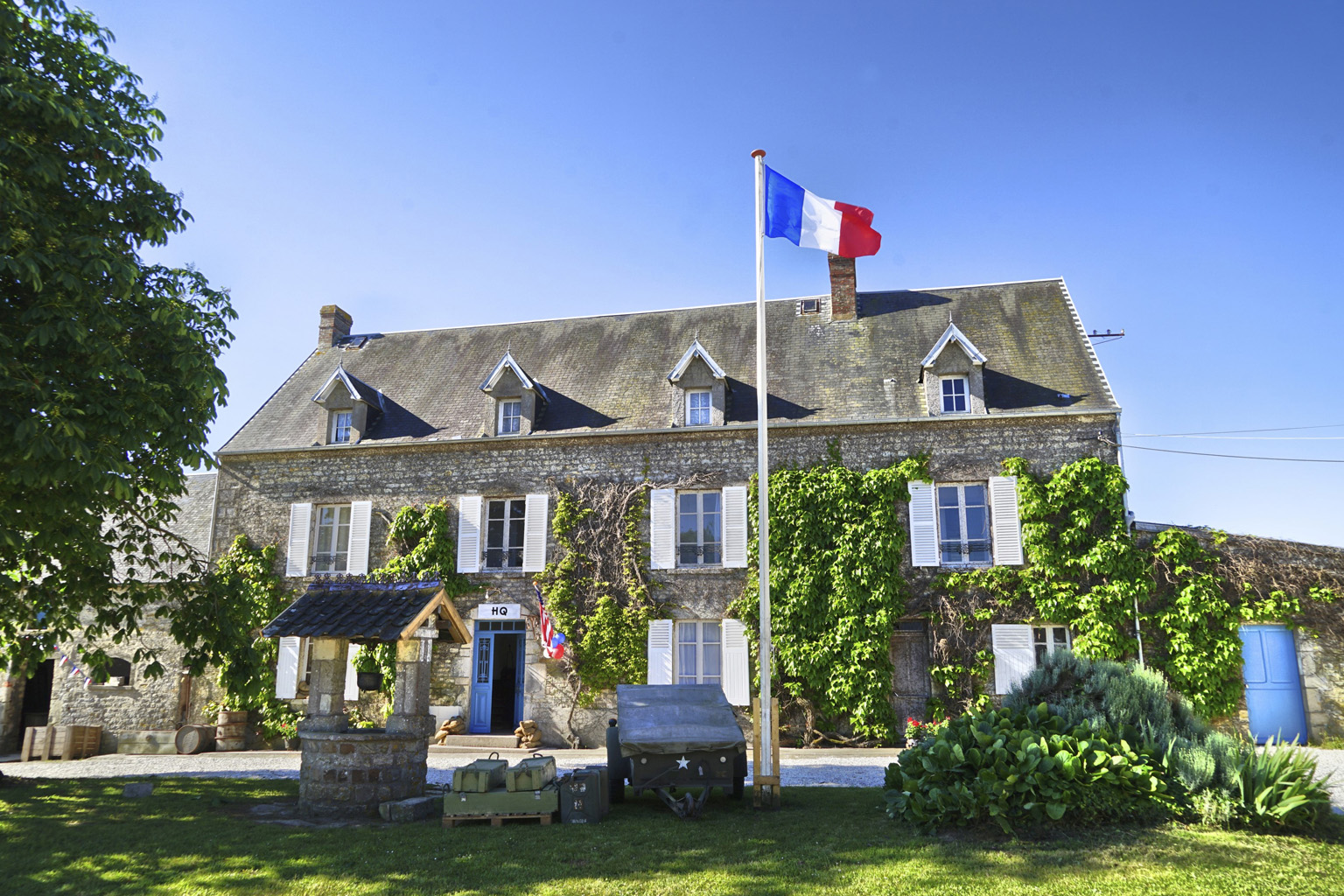 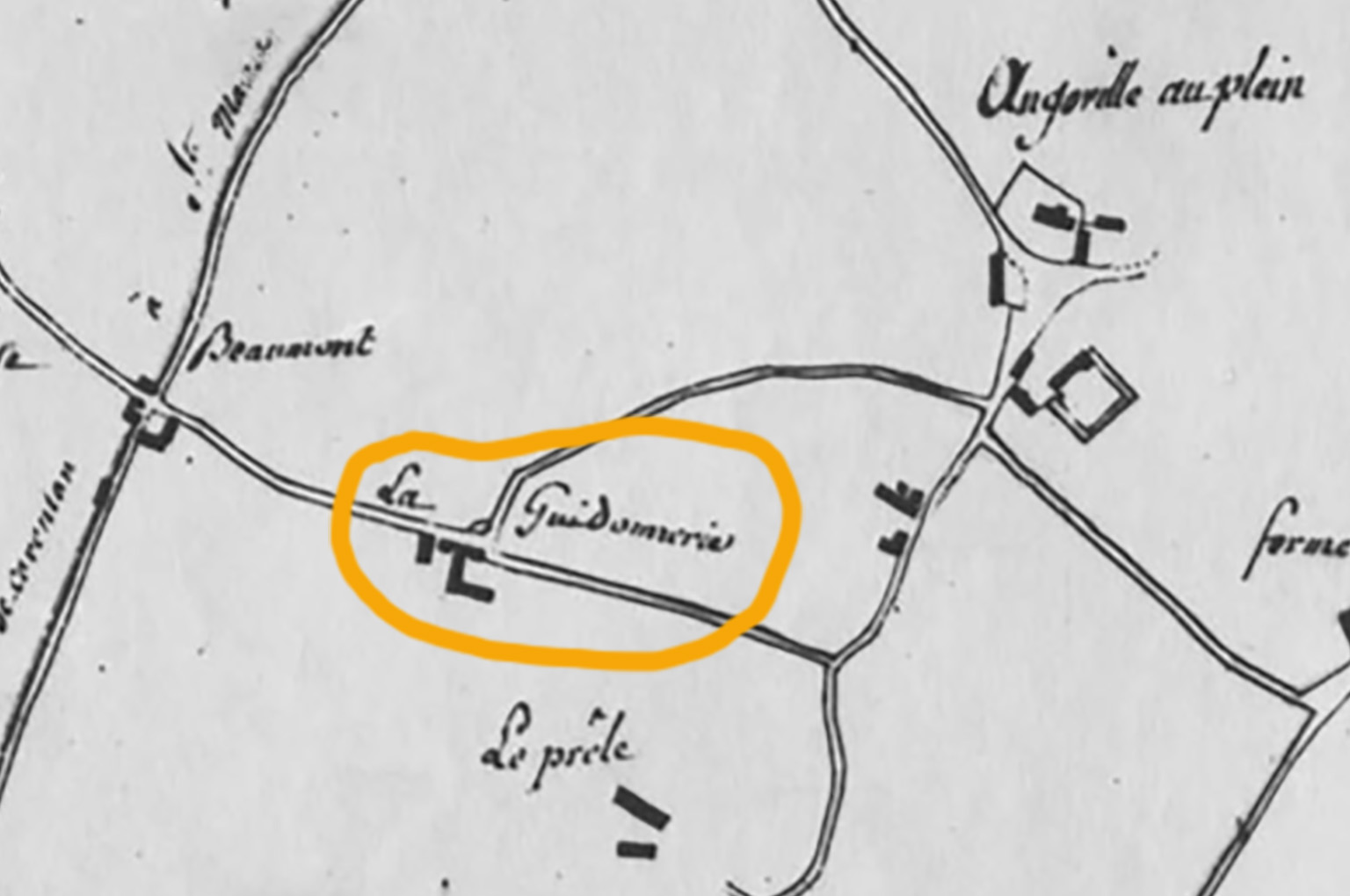 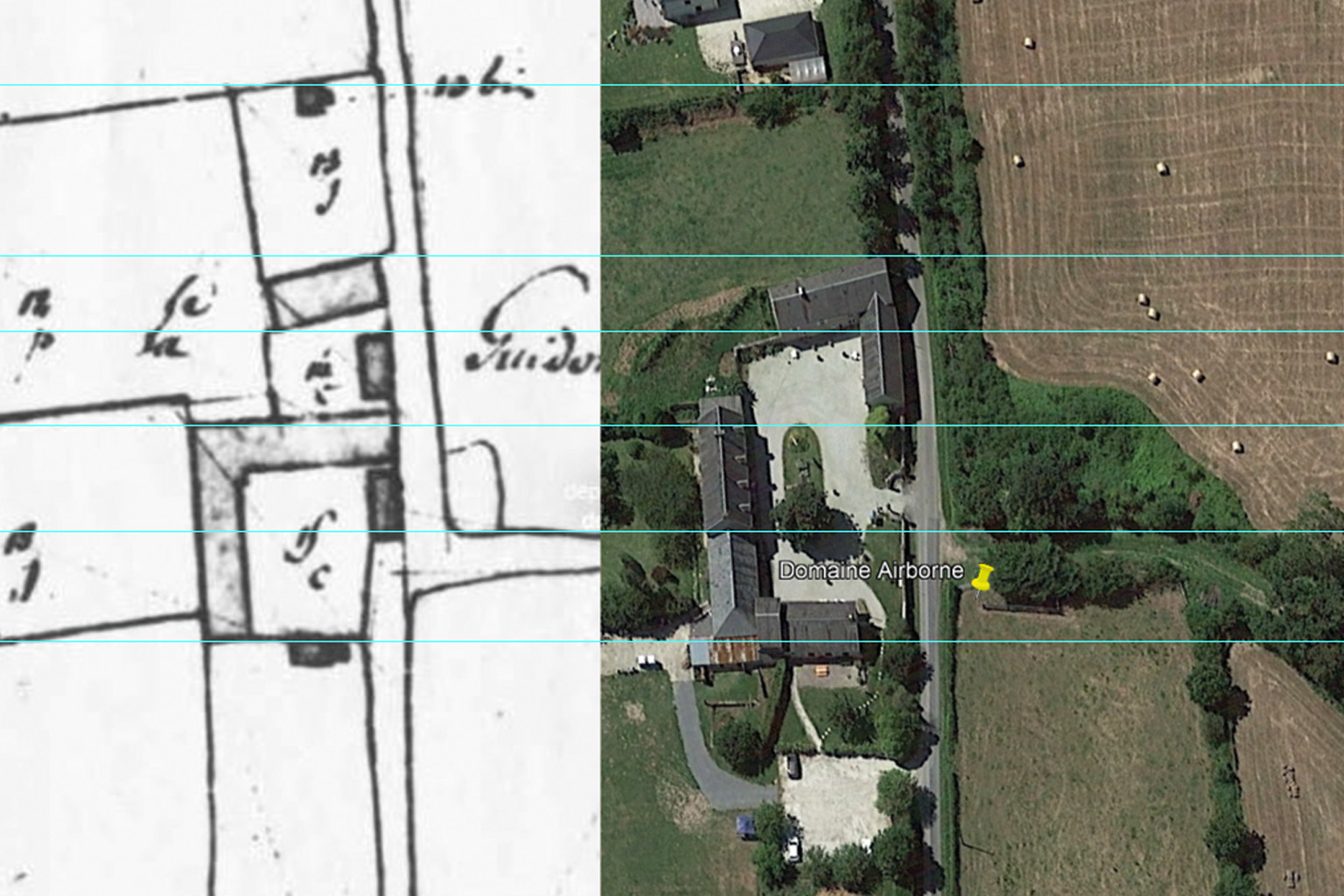 Since the year 1000 pilgrimages have been carried out to Le Mont Saint Michel, the object of worship. Various pilgrim routes run from all over Europe to Le Mont Saint Michel. The English, Irish and Scots also crossed the canal to continue from Cherbourg or Barfleur to the special abbey. A multi-day walk through the beautiful nature of Normandy leads many to the special final destination.

Domaine Airborne is located directly on this “chemin du Mont-Saint-Michel” also called “chemin aux Anglais” and is therefore an ideal overnight stop for many hikers. Our rest location ensures a balanced division of the stages and with a Table d’Hôtes (lucky pot dinner) we can successfully end the day together. Click here for more information about the routes.